(Excerpt taken from the booklet written about the Catholic War Veterans by Sister Mary Matthias, RSM)

Ever since the close of World War I, America had been threatened by the so-called political heresies commonly known today as the “Ism” movement, their purpose to destroy Christianity.

Incidentally, up until this time the Catholic Church in America had, strictly speaking, no military veterans organization made up of men and women who had served their country in time of war. It is true that the Knights of Columbus saw to the needs of Catholic soldiers in camps and behind the battlefield. However, The Knights of Columbus is not precisely a veteran organization, but rather a lay organization, commissioned by the United States Government to render services to Catholics in the Armed Forces of the United States of America.

Our Holy Father, Pius XI, warned the world of the dreadful disaster and danger of the “Ism” movements. In response to this warning, aimed directly at Communism, the Reverend Edward J. Higgins, Pastor of the Church of the Immaculate Conception in Astoria, Queens, New York, determined not only to heed the Pope’s plea, but also to do something about it.

Father Higgins, who had served as a commissioned Lieutenant Chaplain in the United States Army, had discovered that Catholic servicemen and women had very little organized voice in national matters that concerned their God, their Country and their Home. He knew that without some sort of organized action, the Catholic Veterans could not, as a specific group, voice their approval or disapproval on any matters of grave importance.

Thus, Father Higgins conceived the vital need for an organized Catholic veterans group. It was due to his priestly guidance, together with the worthy efforts of Past National Commander, John M. Dealy, that the Catholic War Veterans of the United States was incorporated under the laws of the State of New York on May 19, 1935.

In 1935, Father Edward Higgins conceived the idea of the Catholic War Veterans Organization and after receiving permission of his Bishop, Most Reverend Thomas Malloy of Brooklyn Diocese, gathered together parishioners who had served in World War I and formed the first unit of C.W.V. Father Higgins had already been a member of the American Legion. Post #1 received its charter on May 8, 1935.

Pope Pius XI bestowed his blessings on this new organization and blessed the American and Papal Flags of the C.W.V. Upon his return from the Holy City, Msgr. Higgins was instrumental in the organization of a dozen or more posts which subsequently blossomed into the national organization. May 19, 1935 saw the incorporation of the C.W.V. From 1935 to 1938, the National Headquarters of the C.W.V. was located in the bank of Manhattan Building on 31st Street in Astoria. In July 1940 C.W.V. was officially recognized as a Veterans group by the Veterans Administration in Washington, D.C. The C.W.V. is the only Catholic organization possessing a Congressional Charter. During World War II, 1,757 members of Immaculate Conception parish answered the call to serve their country.

After World War II, Catholic War Veterans became one of the nation’s most influential patriotic organizations. During the cold war, C.W.V. promoted veterans issues while leading the fight against communism. By 1947, its membership was nearly 500,000 nationwide.

In its most active years Post #1 boasted a Ladies Auxiliary, Brass Band, Drum & Bugle Corp and a formal Honor Guard. Over the years the Post was active and participated in numerous religious events, anniversaries and public functions. In January 1960, the U.S. House of Representatives extended greetings and congratulations to the Catholic War Veterans on the occasion of their silver anniversary. New York City Mayor Robert F. Wagner officially proclaimed the month of January as Catholic War Veterans month and 29th Street and Ditmars Boulevard was named “Catholic War Veterans” street”.

We would be remiss if we did not review the life of our founder, Msgr. Edward Higgins who was born on July 7, 1890 in Brooklyn. He was ordained on May 19, 1914 and in 1917 entered the Army and saw duty as a Lieutenant-Chaplain with the 152nd Depot Brigade and General Hospital #13. During his service time, he was stationed at Camp Upton on Long Island. Next to his love for Christ and His Church, came his love for Country and for those who dedicated their lives to our country’s welfare in war and peace. In 1943, our talented founder even composed and published a marching hymn for the C.W.V. His spirit and activism was such that Msgr. Higgins was well known to numerous elected officials and civic leaders.

On September 5, 1963 after having served as pastor of Immaculate Conception Parish for 30 years, Right Reverend Monsignor Edward J. Higgins answered God’s reveille and went to his eternal reward. He has passed from our midst but will never pass from our memory. Throughout the years he has and will continue to be remembered in our prayers and thoughts as our leader. He is buried in Holy Cross Cemetery in Brooklyn.

For a number of years, Post #1 continued its existence though somewhat diminished under the care and guidance of a few staunch and dedicated members. Unfortunately, a large portion of our Post membership resides out of state, although their thoughts are here in Astoria. Within the last few years and with the full support of our Pastor and Chaplain, Msgr. Fernando Ferrarese, Post #1 has been revitalized. Post #1 has received the 3rd place award for member recruiting and a number of the Post officers also serve as Queens County Chapter officers.

To fully realize the extent of spirit our founder Msgr. Higgins brought to Post #1 and the C.W.V., a walk around the grounds of the founding parish is necessary. Numerous stained glass windows in the Church and Rectory bear witness to his spirit and enthusiasm. On the east side of the main entrance to the church, one will find a Catholic War Veterans’ cornerstone. Immaculate Conception Church has been designated as the national shrine church of the Catholic War Veterans. 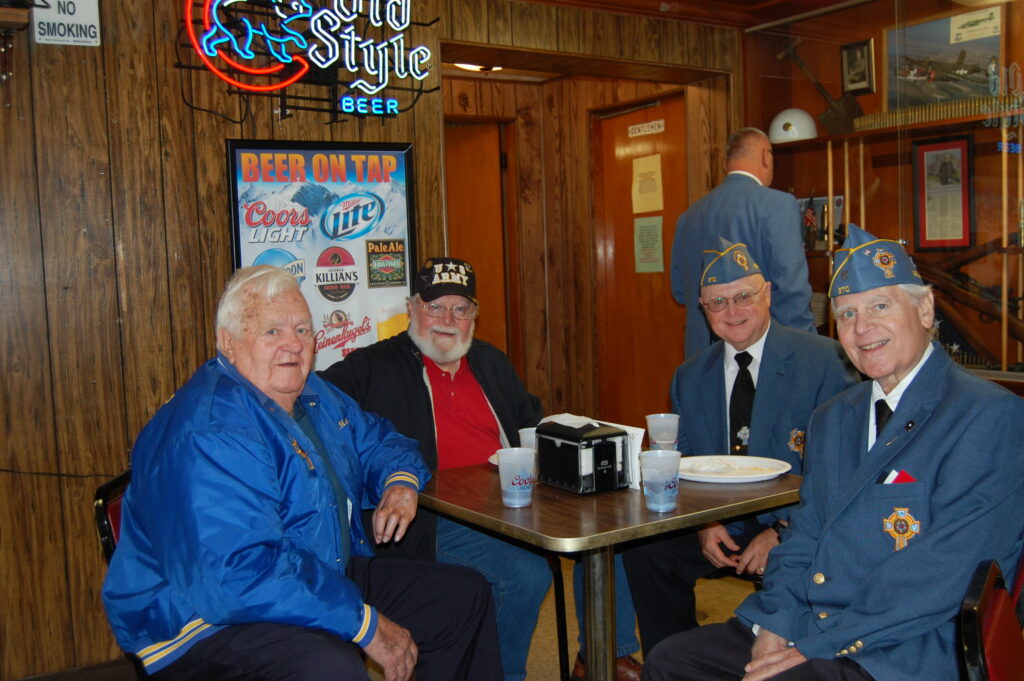